HUSTLES OF A YOUTH IN KAMPALA 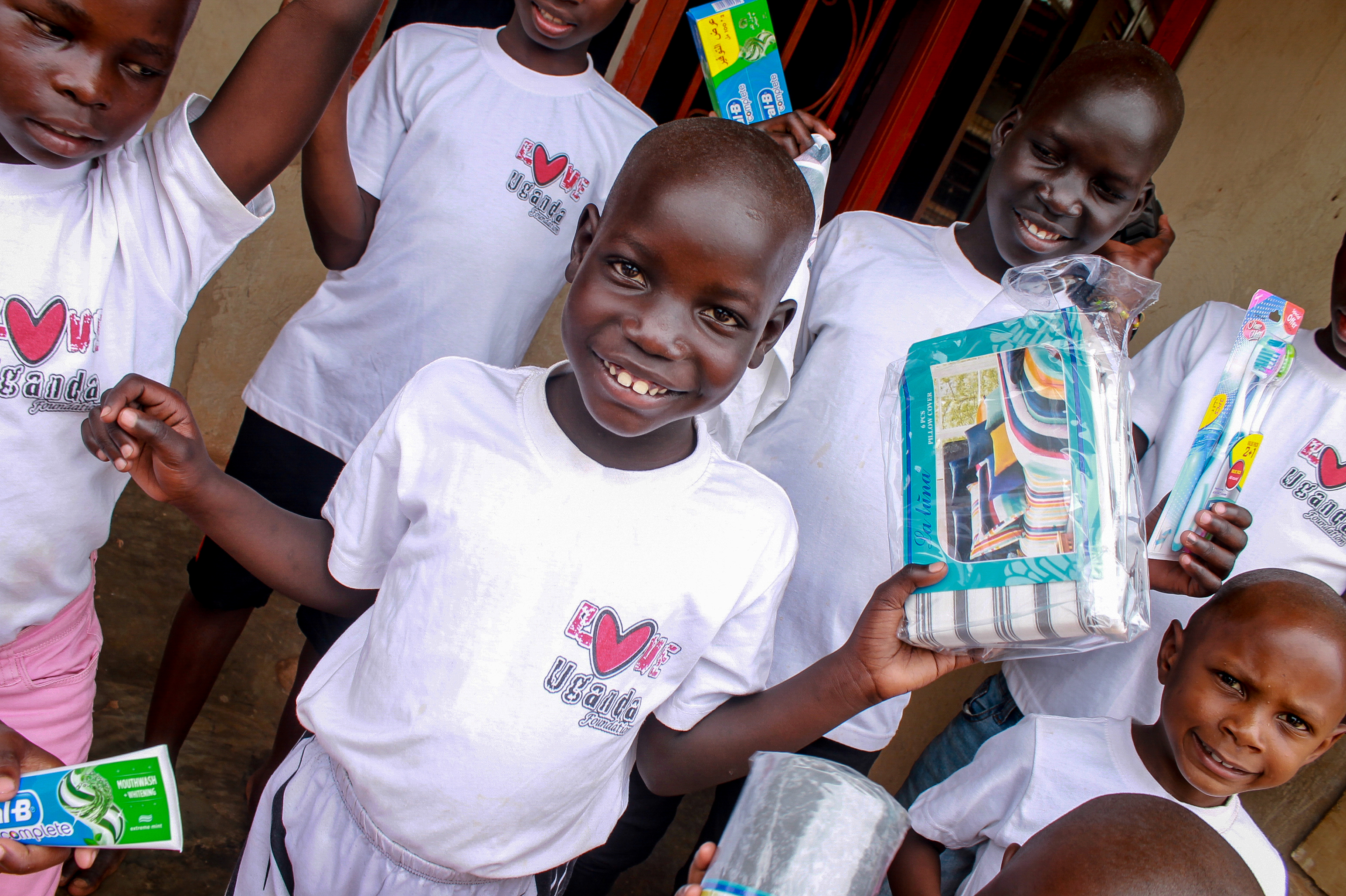 Some of the orphans in Uganda at our orphanage receive gifts

Occasionally the whole world thinks that being an orphan is a misfortune, because you suffer the loss of your parents, rejection from friends and family members after your parents have left. Learning to live on your own without any support makes the world think of an orphan in Uganda as the most vulnerable people on earth.

But this is actually not the case, in this busy world with people with tight schedules, there are ones with big hearts, ones that have willingly made the world a better place of living for the orphan in Uganda. Those that have given in each and every bit of sacrifice to see that orphans don’t ever regret facing the world without parents.

It is true that having to face this world as an orphan in Uganda is not the best life one can yearn for because sometimes you have to stop going to school, you might even become homeless and start living on the streets. While on the streets there are also different challenges of their own, having to be called criminals all the time, police brutality, sexual abuse and so many much more.

However this does not make an orphan in Uganda misfortuned, fine he/she might not have gone to school or had good health and all the pampering from the parents like other children, but this is what grooms them to better people. If we were all left to move on smooth roads without struggles and hurdles, we would not become as brave and intelligent as we are now. Because truthfully, sometimes tough situations are all we need.

Life as an orphan in Uganda does not require one to just sit around and wait for what to eat, you have to get out of comfortable zone and look for something to eat. This sharpens the brains of these kids at a tender age. No wonder most of the world’s greatest entrepreneurs didn’t grow up with their parents or from very rich families.

It’s not that all people who have grown up poor will die poor, big celebrities have risen from the streets to top notch positions in the world. Talk of Pastor Bugembe, an orphaned youth pastor who was once a street kid, and Eddy Kenzo who recently won the BET awards as the best African musician.

Sometimes it’s more important to have to get out into ‘the big scary world’ at a very tender age without any kind of support from the parents. It’s because of this independence and maturity at a young age that makes the orphans very confident in life in their later days.

Whether you’re orphaned or not, you both have equal opportunities to rise high in this world provided you chase your dreams, work hard to achieve them, make right decisions and above all, stay humble.

To add on that, most orphans that were left in poor families or even those that have been dumped on the streets, have been adopted in very rich families and they lived a very happy life thereafter. So don’t question God’s plans, they are always just perfect.

Going back to the children who live in the orphanages or love homes, they live lives that are way so much better than even the ones that stay with their parents. They go to nice schools, some of them have got sponsors, they are healthy, receive frequent visits and gifts from abroad unlike the ones staying at their homes with their poor parents.

And most importantly, several organizations, governments and individuals have heard the cries of an orphan in Uganda. They have come out and supported them in all aspects.

Don’t let the campaign pass you, go out there, join charity organizations and donate to these innocent souls facing the world without their parents’ love. Support the orphans in Uganda.