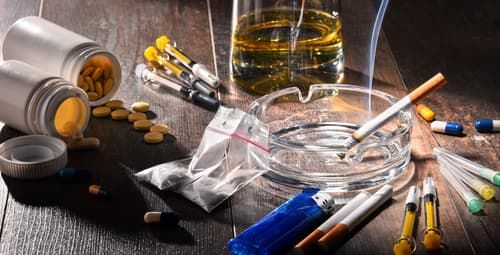 Drug abuse refers to the use of certain chemicals to create pleasurable effects on the brain. Drugs being used in Uganda are cocaine, shisha, cigarettes, marijuana, mairungi, and alcoholic drinks.  Drug abuse or drug addiction is not only on the use of the listed above drugs but you can be addicted to nicotine, sleep, anti-anxiety medications, and other legal substances.

The feeling of taking drugs is so great you feel like it is the best thing you have ever tested but the effects last for a long time. They make you lose control over yourself and can lead to damaging behaviors. The damages are physical, the treatment is expensive and you can end up dead.

These drugs are hinderers to families’ wellbeing as the burden goes back to the women to take care of the family. The use of drugs leads to emotional or physical distress, relationships suffer, financial sources and health costs increase in the same way employment becomes a problem as they lose jobs due to the addiction.

Mental and depression illnesses can be a cause of drug abuse; most girls and boys have regular feelings of sadness or being hopeless. Depression is a very complex disease as you are always feeling sad and angry. Due to such feelings, you try to look for something that will help get on track again hence using a lot of drugs in the process.

History of trauma in people also causes drug abuse. Many young and old people have been sexually and physically abused and are most lucky to resort to drinking, smoking, and using drugs to forget the abuse they went through. This forces them to use too much of the drugs hence drug abuse.

Furthermore, many women cannot cope up with stress and resort to drugs. This can be because of death or illness in the family, divorce from the partner. She thinks by drinking alcoholic she will be able to forget her pain.

Low self-esteem is also a cause of drug abuse. Many teenagers lack self-confidence due to their body image and social image. Young girls and boys tend to associate weight loss with beauty and popularity. Drinking drugs and smoking as being sexy and cool; to them, they see drugs as being the answer to their problems.

Peer groups are also a cause of drug abuse. Peer pressure makes so many young people drink against their will. They believe that drinking drugs and smoking would make them part of the group hence leading to drug abuse.

The lack of parent-child communication adds up to the causes of drug abuse in children. Parents have left out their children to grow up as they want into society. They have left the children for the world to shape them. The young people don’t have anyone to ask about the dangers of excuses use of drugs. They just use whatever comes their way as no guidance is given to them regarding drugs and usage.

Another cause of drug abuse is the easy availability and low prices of these drugs. The price of alcohol in Uganda goes from 500Ugshs, a box of cigarettes (20 packs) is 8000Ugshs this makes it affordable for everyone to buy it. So due to this, there is an excuse use of drugs in both young and old people.

The effects of drug abuse are cumulative, significantly contributing to costly social, physical, and mental, and public health problems. These include;

Health is mostly affected by drug abuse that is to say;

Domestic violence is on the rise due to drug abuse. There has been an increase in drug use since the outbreak of COVID-19 as many people were staying at home with nothing to do so the only thing to kill stress was to drink alcohol and smoke thus ending up hurting their partners verbally, emotionally, physically, and sexually.

Teenage pregnancy has also risen due to the increased use of drugs in communities. Many girls start taking drugs at a tender age with grown-up men in bars. When they get drank the men tend to take advantage of them or even they go willingly to these men. The result is getting pregnant at the wrong time adding up HIV/AID on that.

And so many other effects of drug abuse that you may think about like child abuse, physical fights in bars, suicide, and homicide.

Therefore, drug abuse is something that we have to talk about to find solutions to it. It kills many dreams of people in the country and the world at large. Things got worse when COVID-19 broke out as very many lost their jobs and turned to drugs, children in Uganda are not going to school yet, many are using drugs. The children and women are affected the more as they are not provided for the basic needs of life. Let’s join hands together to fight drug abuse and its effects to help the woman and children with Love Uganda Foundation and Volunteering in Uganda through our community outreach program.