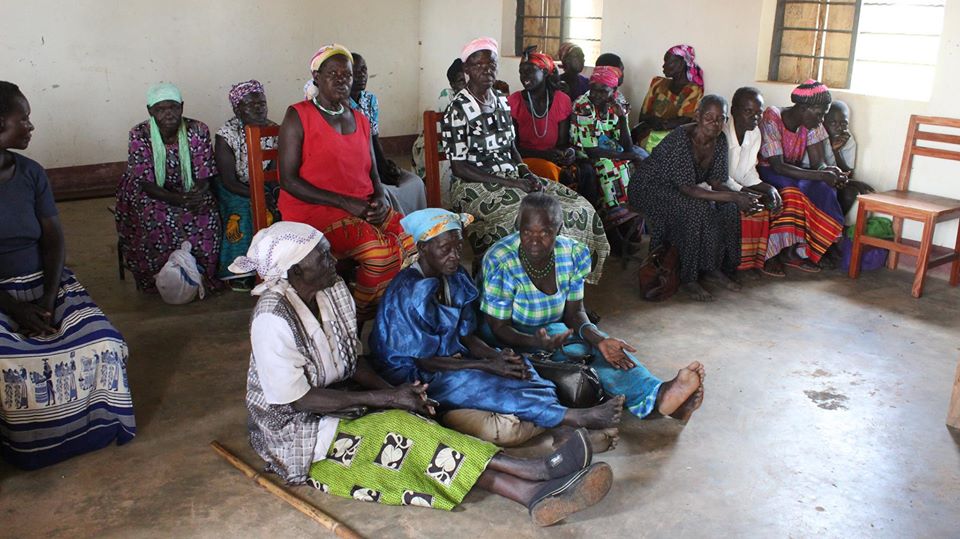 Love Activity Charity Project, as the name sounds is an activity aimed at extending care, love, restoration, generosity and above all hope to the vulnerable people in our societies. Unlike the internal section/Childcare/Orphanage which extends these services within the Orphanage home itself, Love Activity Project does so at the communities in which these categories of people are located. Among these categories are; Widows, Elderly, Orphaned children, Disabled, HIV/AIDS patients and child soldiers. Not only do we donate materials but we also sensitize and educate people about various social life aspects.

Love Activity Charity Project involves campaigns such as “Empowering Women and the Elderly”, “Keep An Orphan In School”, “Combat Early Girl Child Marriage and Pregnancy”, and “A Healthy Living”.

This is a campaign under LUF Charity Activity Project aimed at improving the standards of living of women in societies, majorly addressing issues of women rights, domestic violence, improved cultivation techniques, and startup groups which mainly encourage saccos, and women finance groups. Under this program, we not only sensitize our women and the elderly but also donate materials and resources to have them startup.

As a foundation and nation at large, we do treasure the mothers of the land. Supporting a woman or two means a lot to the life of every one in Uganda because they provide love and strength to their families. It’s them that take care of children even in the hardest times. When we empower women, we actually address their challenges such as the impact of climate change, domestic violence, poverty, gender inequality among others. Their needs range from farming materials, sensitization, guidance and counseling, food, health care and school fees for their children. They contribute much towards building societies.

However, they are also one of the groups in Uganda that are at disadvantage Hundreds of women die every year due to complications during pregnancy and childbirth; while others are left miserable and mistreated due to domestic violence.

Also, mothers supporting their families find it hard to get well paying jobs and training programs as compared to men. Those afflicted with HIV and AIDS are denied proper health care and many HIV-positive mothers and their children are stigmatized and cast out.

When you empower a widow, you secure her future alongside her household. At love Uganda Foundation, we believe in generosity; the spirit of giving and sharing the little we got to the least of these vulnerable groups in our various communities. We have ensured that, both mothers and children in our communities live their best lives; with improved access to basic needs of life. Our outreaches have left many helpless widows put on smiles. We have constructed houses for them in addition to donating farming materials such as seeds and pesticides. We do have monthly sessions where we all gather and cater for each other’s needs through prayers, worship, counseling sessions. It is during these sessions that they share their challenges; especially those related to their families.

Volunteering and partnering with us to help and empower women in Uganda offers you a unique experience. There are various ways to engage women and widows here in Uganda. For this reason, we offer a wide range of volunteer opportunities tailored to different interests and abilities. Our Volunteer campaigns offer a great place to start. While providing materials and support, these campaigns also encourage your initiative and creativity!

Through Love Uganda Foundation campaigns, you can become an advocate for one of these important issues, raising awareness and funds in your own home, workplace, or community.

As a result of many children on streets being born and deserted, we took it upon us to start up a campaign to care for orphans by extending quality education to orphans. “Keep An Orphan In School Campaign” aims at providing school fees for orphans from primary level till their final education level. Alongside school fees, we as well provide them with scholastic materials which include, school uniform, books, pens, pencils and pens. We believe that with such a literate population, our nation is bound to produce productive citizens who in turn will be in position to empower the next generation.

Many girls today in Uganda face a challenge of being mothers at an early age of 14years, and this has increased on the numbers of maternal deaths. Parents force their children into marriage due to ignorance as a result of poverty as they are paid dowry in exchange for their children in marriage. Today many of these girls are illiterate as a result of dropping out of school to get married, and according to a report from our social work team on ground, it is said that there are subjected to every sort of domestic abuse and violence by their partners resulting into frequent divorce or to a greater extent death. Early child pregnancy has led to an increase in the numbers of orphans in communities.

Mothers that pass on during delivery leave their babies in the hands of the hospitals or care homes that are unable to take care of them for long thus increasing on the number of orphans on streets. In this campaign under LUF Charity activity Project, we hope to continuously sensitize masses about the dangers of early girl child marriages and combat any policy raised to enforce this deadly act.

This campaign majorly promotes an improved standard of living by encouraging a healthy living. A healthy living ranges from the diet consumed to the physical exercises practised by an individual. We therefore advocate for a healthy living among the people, by doing this we happen to curb down diseases.

We address and sensitize masses about the wide spread of HIV/AIDS and Hepatitis B which is seeming to be rampant in the communities where we people stay. We travel with nutritionists who educate masses about better feeding and a balanced diet. Workshops are conducted in the local sub counties where communities are gathered to be trained and educated.