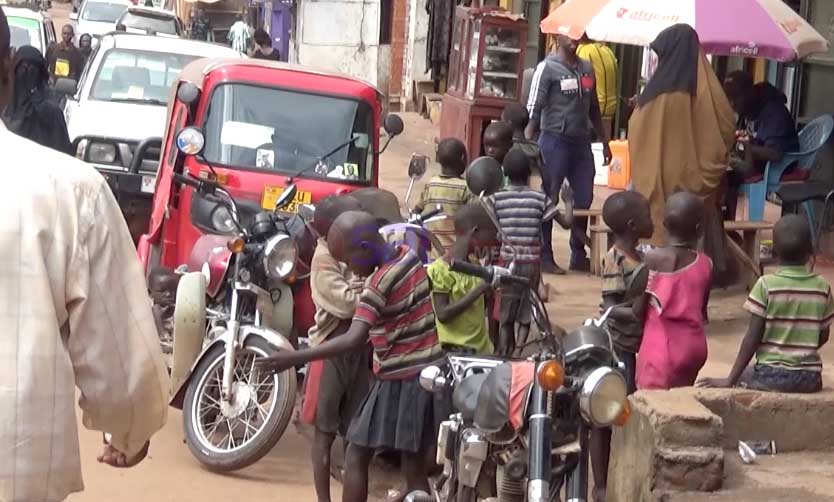 In northern Uganda, children have been the most affected population by the two-decade
armed conflict. Over 30,000 children were abducted and taken as child soldiers; their families
have been murdered, they were unable to attend school, or gain access to basic needs. It has
been more than seven years since the guns fell silent and “…the first phase of the infamous Post-
Conflict Recovery Program…” started, yet the plight of these children is still apparent. For this
region, the “…exodus of street children started in 2006 when night commuters’ centers were
closed in northern Uganda and with the return and resettlement of the displaced population.
Push factor are defined as those conditions that force or keep a person or group of people in a
certain location. In the case of street children, a push factor is that which that keeps the child
living on the streets and makes them reluctant to go back home. They include the following:
:
Earning Money:
These children earn money by selling scrap metal, water bottles and recyclable plastics. They
also earn by doing small construction jobs or working as porters at construction sites around
town. The girls sell their bodies in return for a bit of money for survival (sex workers).
Okumu Charles, the former Project Officer of Action for Street Kids in Gulu, states:
“…the reasons why they are still on the street are because they sell petty things and get
Money. They steal for survival, others are involved in begging – some have lots of money which
they squander in town, not thinking about their poor parents back home.”

The street children steal and sell the stolen items in order to make money for food, alcohol, and
Drugs. They enjoy making money, even though it’s a very small amount, because they would not
Be able to do this at home. They enjoy spending this money on “good” food such as biscuits and
Juice that they would not otherwise have at home.
The Streets are better than Life at Home:

Sometimes life on the streets is better than life at home. “According to them, living on the streets
is much better than home because they get sympathy from churches, organizations like [CPF],
and they are able to have small jobs and they eat better food). Organizations or the police force
might attempt to take these children home, yet some return to the streets because there isn’t
anyone at home to care for them. The street seems like a better place or street life is all they
know so they come back again and again.
Don’t Know Where Home is:

Another factor which makes street children reluctant to go back home is that they do not know
where their home is due to displacement during the war or abandonment from their families. This
forces them to go on the streets because they ultimately have nowhere to go home to. Ogenrwot
Boniface, a street boy around 10 years old, voiced that he doesn’t know where his home is. He
goes on to say: “My mother died and my father is in another district but I don’t know where.
He’s a boda rider” [motorcycle taxi] this is so heartbreaking.
Forced by Home Circumstance:

The majority of street children are not on the streets because they want to be, they are simply
forced by circumstances and overwhelmed by the burden of being on the streets. If they are
rehabilitated their attitudes will change and they will become independent. These children are not lazy, they just lack guidance. They don’t have anyone to show them the way. Broken families,
the broken culture, the HIV/AIDS epidemic, poverty, amongst countless other reasons
have forced these children onto the streets.

My conclusion is that these children are not living, they are simply surviving. Suffering from
assault, hunger, disease, drug and alcohol abuse, emotional and physical abuse, exploitation,
discrimination, and lack of love, street children remain one of the most vulnerable groups of
children in the world. Let’s join hands and turn the tables so that these children can live to enjoy
their rights because they are special. 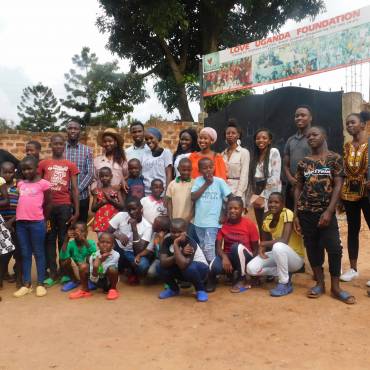 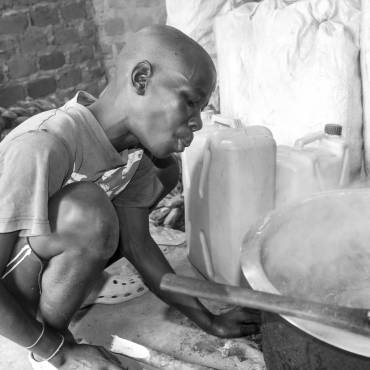