“The best way to find yourself is to lose yourself in the service of others.”

Founded by the late Emmanuel MacMillan Kitumba in 2006, Love Uganda Foundation began as a small outreach ministry operating in both Kampala and Mukono districts by proving education sponsorship to 10 Orphans and Vulnerable Children in local schools in Mukono and Kampala districts. Emmanuel was passionate about helping needy people, especially children in his community – a dream he had since childhood. 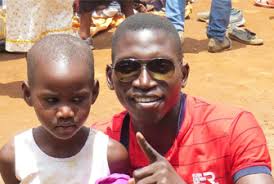 McMillan asked his sponsor, Mr. Andrew McMillan, from whom he adopted the surname having helped him complete a course in Theology in 2008, “How best can I pay for what you have done for me?” Mr. Andrew instructed him to do to others what has been done to him.

And due to the increased number of Orphan children in Uganda who have lost one or both parents to HIV/AIDs, Accidents, and other diseases. These children especially orphaned Children were missing out on education and some children had become homeless due to domestic violence in relative families.

It is from here that the Late Emmanuel opened Love Uganda Foundation in (2012) to change lives and empower the next generation.

The Foundation was officially registered in 2014 as a Community-Based Organization (CBO) number 178298. In 2019, LUF was officially recognized as An Indigenous NGO by the government of Uganda with NGO Registration Number INDR141921543NB and Permit Number INDP0001543NB.

As the charity has aged, Its work has extended to helping vulnerable & Orphans Children, women and widows, people living with HIV/AIDs, Teenage mothers, and reaching out to elderly people.

The foundation has an established Children’s home in Kalagi-Mukono district which currently accommodates 30 homeless children providing them with the basic needs of life like Education, Food, Clothing, Shelter, and Medical Care.

Promoting and advancing the lives of disadvantaged and vulnerable children through empowering lives and transforming communities with a holistic approach to Education, spiritual growth, economic and social development