DIFFERENCES BETWEEN THE ORPHANS AND POOR CHILDREN IN UGANDA

Do you know that orphans and poor children in Uganda differ?  It is sometimes confusing to many people as they mistake it to be one. There is indeed a very big difference between these two.

Orphans in Uganda  can be termed as a children that have lost either one parent or both parents either due to HIV/AIDS or  other circumstances like wars,Ebola,cholera and maternal deaths leaving them in the hands of relatives and merciful people who look at them as being a burden .

While poor children are those living in unpleasant conditions of life especially below the poverty line, they lack the basic necessities of life like education, shelter, clothing, and medical care among others. They are sometimes in the hands of their parents but under extreme poverty making it difficult for them to attain basic needs.

Being an orphan in Uganda is like an open road to the devil. When these children lose parents, they are open to hands of evil people who mistreat them, expose them to sexual abuses, they are denied food, and shelter and access to education hence live a miserable life.

Many orphans in Uganda are isolated and discriminated due to the fact that they were born by HIV/AIDS inflicted parents, this increases their pain and creates tension in their lives thus un ending tears in the lives of the innocent orphans in Uganda.

On many occasions, people tend to look at orphans as being a great burden to society, after the death of their parents, people start looking for care takers and no one is willing to take them in. This induces them to suffering, no one to love or care for them.

Orphans in Uganda are denied access to the basic needs of life. They are left in the hands of their relatives who don’t care whether they attain education, eat food or even access medical care when sick. This darkens their future and can also cause death due to being hungry and homeless.

Most orphans in Uganda become mothers and fathers to their young siblings, they are left with their young ones who they have to take care of, thus they drop out of school to look for money to take care of the young ones, this induces them to hard labor, prostitution and other hardships.

Sometimes, orphans are left homeless as the relatives tend to take away their belongings after the death of their parents like land, houses and all the properties that would be of help to attain a better life thus they go through hard lives.

On the other hand, having parents does not mean that children don’t suffer.  Poor children in Uganda face lots of challenges in life due to the fact that their parents cannot afford providing the basic needs of life like education, food, clothes, and others.

So many poor children in Uganda run away from their homes to look for work to engage in as a way of finding food, clothing and education which introduces them to hard labor like building, selling sweets and drinks on streets.

Its therefore true that orphans differ from poor children in a number of ways ,however all these children have challenges that deeply hinder and affect their lives thus there is need for intervene in the lives of these children through Sponsoring them to attain education, Donating food, clothes, scholastic materials  shelter ,clothes and other needs of life. 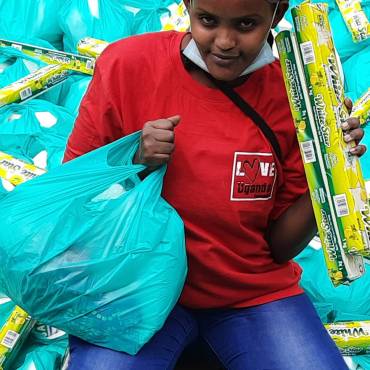 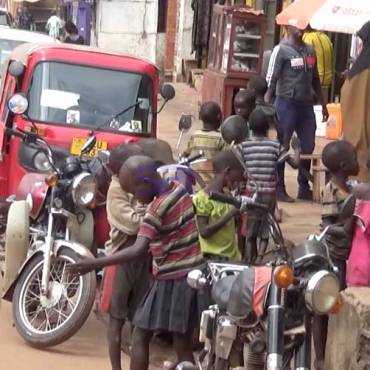