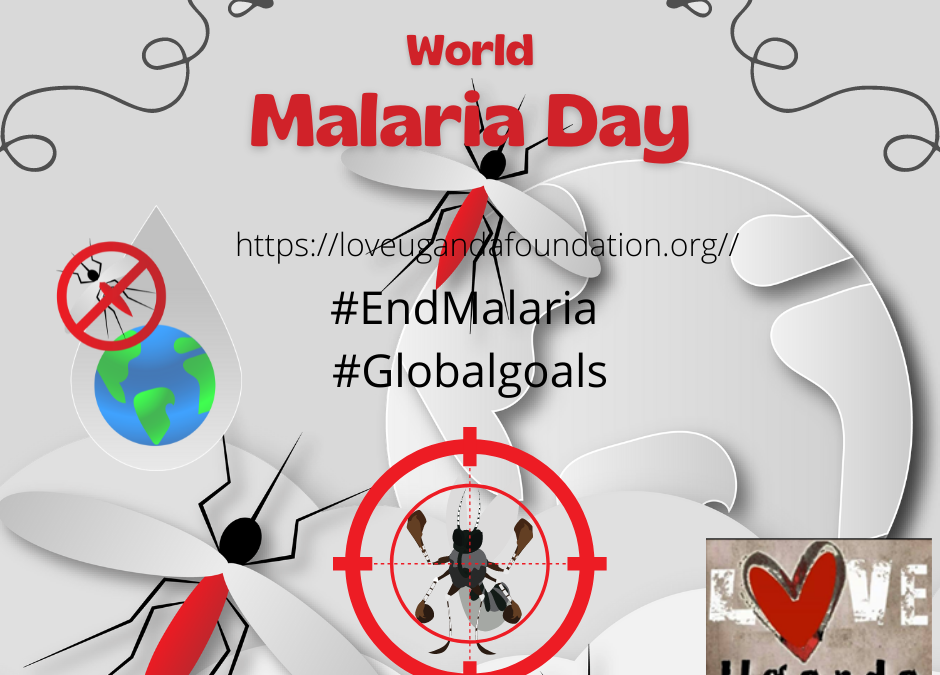 The 25th of April every year is world Malaria day that is celebrated all over the world. World Malaria Day is an occasion to highlight the need for continued investment and sustained political commitment to malaria prevention and control. Malaria is a preventable and treatable disease that continues to have a disturbing impact on the health and livelihood of people around the world.

According to WHO African Region, in 2020 there were an estimated 241 million new malaria cases and 627000 malaria-related deaths in 85 countries. Children under the age of 5 were among the two-thirds of the deaths. Sub-Sahara African countries have had a high burden of malaria over the years despite the steady advances in lowering it.

A female Anopheles mosquito bite (infected with the malaria-causing parasite plasmodium) causes malaria.  Even though malaria is a curable and preventable disease with the correct treatment, many people still die due to a lack of access to adequate healthcare.

Originally, it was called African Malaria Day. African governments have observed Malaria Day since 2001. It was not until 2007, during the 60th session of the World Health Organization, that it was proposed to recognize Africa Malaria Day as World Malaria Day in recognition of its global impact. In 2008, the first World Malaria Day was held.

The consequence of celebrating the World Malaria Day

Observing this day is to raise awareness about this life-threatening disease and to encourage people to work together to prevent it. A fundraising event is also held on this day to encourage new donors to support the fight against malaria. Also, it aims to bring together research institutions and educational institutions to share any scientific advances regarding the disease.

Malaria is more likely to cause severe illness to young children, pregnant women, people living with HIV/AIDS, and those with weakened immunity.

The theme for World Malaria Day 2022 is “Harness innovation to reduce the burden of malaria and save lives”. No single solution to the problem of malaria is available today.

The World Malaria Day theme is to highlight current problems such as the fact that no single instrument is effective in combating Malaria. However, investing in innovative ideas to eradicate Malaria will aid in the creation of a Malaria-free world.

“The United States Mission in Uganda, through the U.S. Agency for International Development (USAID) and the Centers for Disease Control and Prevention (CDC), launched yesterday a new project that aims to reduce malaria infections in Uganda by 50 percent over the next five years”.

The day is a chance for us not only to intensify our efforts to fight this preventable and avoidable disease but also to consider, even more critically, how we are to utilize the available resources. Malaria control and elimination are key objectives of the U.S. government. In this, we have a shared vision with the Government of Uganda – that of a country where no child or pregnant woman dies because of malaria; where communities and health facilities have the medicines they need to save lives; and where there are enough trained health workers to properly diagnose and treat every Ugandan infected with malaria.

Lastly, clear all the stagnate water around the house.