5 SIMPLE THINGS TO DONATE TO CHILDREN IN UGANDA

HUSTLES OF A YOUTH IN KAMPALA 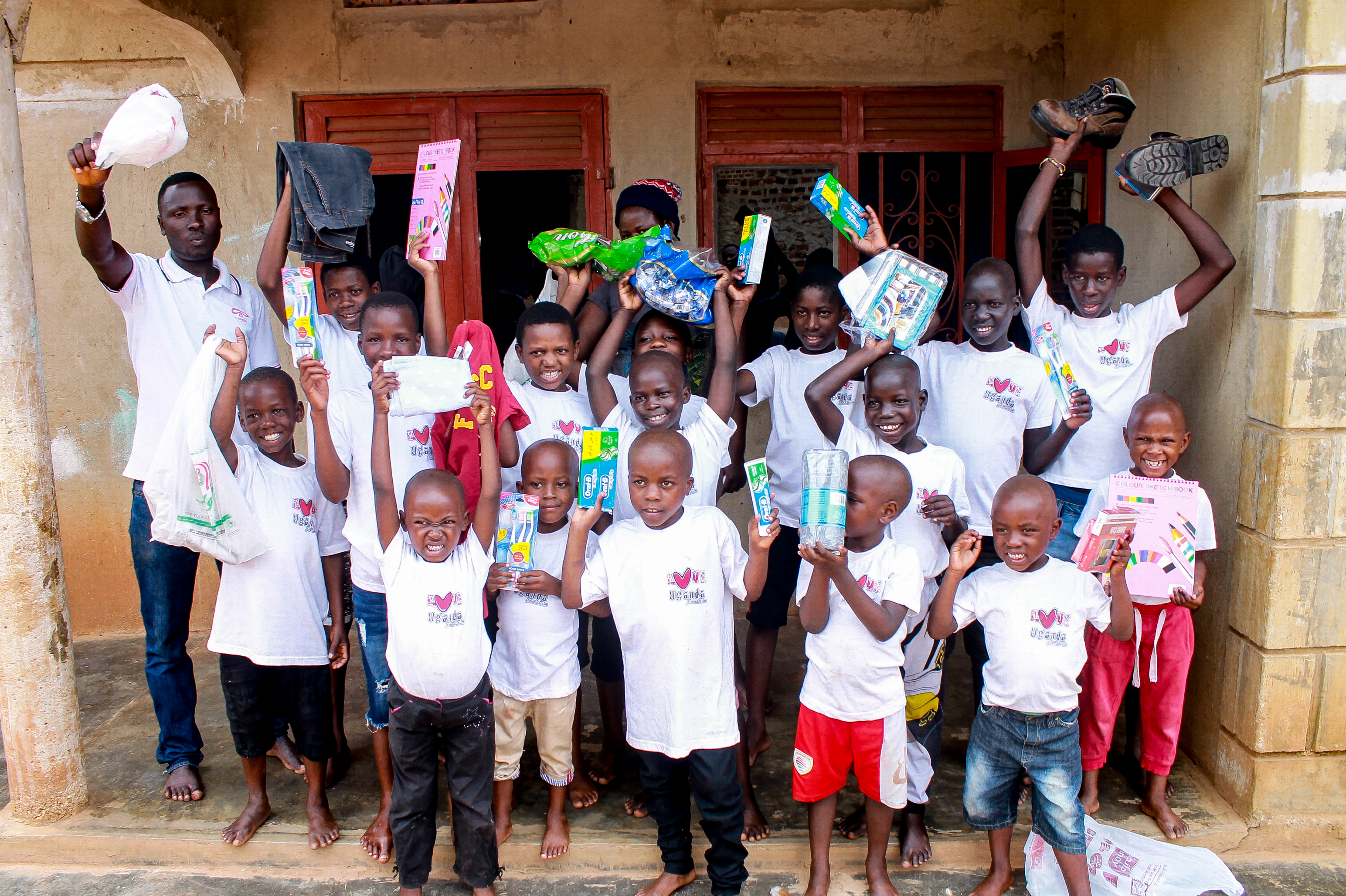 How to donate impressive items to children in Uganda

Charity and the spirit of giving has become a new trend in the past few years. After witnessing the dreadful pictures of suffering people on the internet, social Medias or television sets, several people have come out to donate masses of things, just to change lives.

Donating to people, in which ever terms, whether time, finances or property, just to help others get a new sense about life creates inner satisfaction. Even the smallest donations can mean that a poor child is to feed for a full week, or a child going to school with shoes and having more clothes to put on.

Millions of people give to charity regularly just to empower several lives. However, donors should give to the right causes they care about and believe in. Charity becomes so gratifying when it brings a positive impact both to the donor and receiver. Here are the five simple things to donate to children in Uganda.

Food. Countless sums of poor children on the streets of towns in Uganda and in the very remote areas nearly starve to death. But what would be our best explanation for the kids that died in our sight because of hunger? Hundreds of children in Uganda sleep on empty stomachs without hopes of at least eating the following day, which is the extreme poverty we have in Uganda. Donating food to hungry children simply means supporting lives, saving the future generation and empowering the next generation. If you ever thought of donating to Uganda, don’t think that food is so obvious and a guarantee to everyone.

Clothes. These are one of the basic needs of every person, but unfortunately some children in Uganda have to live naked or half naked lives. Driving through the remote villages you notice naked children and some just putting on a shirt or a pair of short. Having poor parents, even affording what to put on becomes a burden. The few dirty clothes they keep in their small suit cases are for church. So donating clothes to children in Uganda is also one way of changing lives of the poor children in Uganda.

Scholastic materials. Few poor children in Uganda have gone to school, and still on the less numbers, some have dropped out due to several challenges like lack of tuition, early pregnancies, child labor and others because of lack of scholastic materials. These school requirements are really something so small that we can all solve through donations. Donate note books, pens, pencils, text books, rubbers, school bags and so many others, just to ensure that the poor children in the very remote areas of Uganda also go to school just like any normal child.

Toys. Playing is essential to all children, so they need as many opportunities to play as possible. Toys are fun to any child regardless of the age. Remember toys are not only for playing but also have positive roles in the child’s educational, social, physical and emotional development. Toys create the best opportunity for children to bring out their imaginations. Lucky enough, the poor child in Uganda has been creative enough to come up with local toys like dolls and balls made out of banana fibres, however, the more modernized toys even sharpen a child’s rain the more.

Shoes. Childhood is supposed to be a magical time of simplicity, but poor children suffer bullying, ridicule and excruciating stigma just because of lack of shoes. Donate shoes to children in Uganda and make a difference in their lives. Even though some people consider shoes as a luxury, with more than even ten pairs of shoes in their wardrobes, the poor kids in Uganda lack even a single pair to put on to go to school. Not even sandals to put on in their day to day lives that is how difficult life is for little poor kids in Uganda.

There is nothing more satisfying like knowing that you sacrificed time, finances and materials just to better the life of another person, particularly the little ones.

So it is high time you joined a Non-government organization through which you could donate to the poor children of Uganda.