5 SIMPLE THINGS TO DONATE TO CHILDREN IN UGANDA 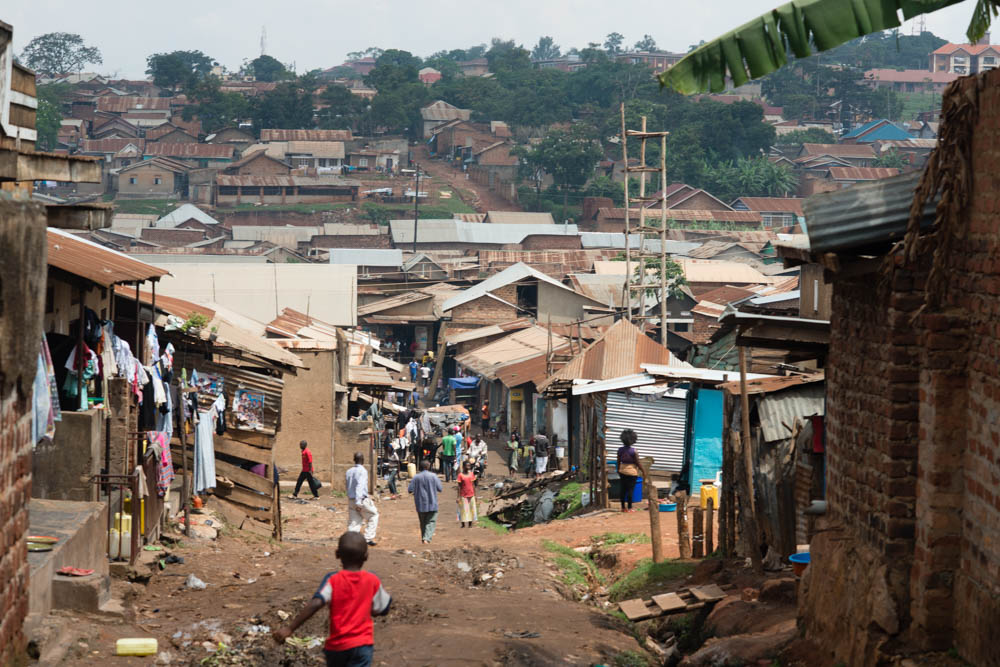 Hardships in the slums of Uganda

Uganda is known as the ‘Pearl of Africa’ for the wonderful beauty of the land, its people, and the great wildlife that is found there. Something that does not fit into this nearly perfect description are the poor living conditions that many people in the slums of Uganda have to stand.
Many locals living below the poverty line, with totally nothing to eat and no clothes to put on. Some living on the streets of towns and cities, in the road trenches is where most youths find shelter at night. And others living in nasty slums of Uganda, anyway, there has never been any good slum, you here of a slum you obviously know that it’s a disgusting place that no one deserves to live in.
By now you would be wondering what really a slum is? A slum in Uganda is an over populated urban informal settlement characterized by housing under the standards. Slum communities are defined by poverty, low income, miserable living conditions and sub-standard facilities.
The houses are overcrowded with cracked walls, dirty rooms and frequently linking roofs. Unfortunately, such a house is a place that someone calls a home accommodating more than ten family members. It is a life unbearable.
As if that is not enough, the rent for semi-permanent, temporary structures without proper sanitation in the slums of Uganda is so high despite their poor conditions. Most people cannot afford to rent them on their own, so they start sharing it with their neighbors, relatives or friends. The cost of a rental per unit varies from ushs.50,000 to 100000 per month depending on the location.
Further on that a daily challenge in the slums of Uganda is the search for clean water, because the small trenches that run through the slums are so dirty and full of life-threatening diseases like typhoid, bilharzia and Cholera. The poor people have to get water from other sources like public paid taps, private taps, or protected wells. However, being so poor, even the 200 Ugshs per jerry can is still too expensive for the people to afford.
Besides overcrowding and the lack of clean water, the poor sanitation in the slums of Uganda is surely alarming. The whole ground is carpeted by rubbish, having no toilets, both kids and adults dump their wastes in the little corners amidst the same environment they live in, everywhere you look is a trench is stinking stagnant water. Now imagine the disease mutation here and the rate at which they spread. Life is simply on probability of tomorrow in the slums of Uganda.
When it gets to education, probably all people in the slums are drop outs. Young girls of thirteen to fourteen years of age have been impregnated and dropped out of school. Nearly all parents in the slums cannot afford the 30 USD to take their children to school for a term. Anyway just imagine a family that can fail to get what to eat, can it really educate someone? So most children are sent to look for simple jobs, to work and supplement the family income. Walking through the nasty streets in the slums of Uganda, you notice little children selling yellow bananas, eggs, sweets, brooms and other things on the street. I don’t want to say but this could be the child labor in Uganda.
The main economic activities are small businesses which maintain little kiosks, carpentries, selling of water and sadly prostitution. Most people are unemployed and don’t take part in any activity apart from taking drugs or alcohol. No wonder the misery they face day to day.
As a result of boredom and consuming too much drugs and alcohol, high crime rates are the order of the day. Young girls are victims of rape, robbery and theft are the order of the day. Slums in Uganda are one of those places where you walk with all your valuables left at home because the skills of robbery are ones that might have been acquired in an institution.
Anyway, summing it up, no one deserves living in the slums of Uganda. The hardships are so many that could easily go to thousands of words still explaining what is slum life in Uganda really means. There are no words enough to explain the kind of disguise in the slums of Uganda, it is better experienced.
Visit Uganda slums, donate to people there, sponsor poor children in the slums back to school, empower the widows and the young girls victimized by rape, early marriages, early pregnancies, school drop outs, street child children and so many others on the endless list.
There is simply a lot that you can do to change the lives of the people in the slums of Uganda. Just join a Non-Government organization in Uganda like Love Uganda Foundation and see a way out to impact lives in Uganda.