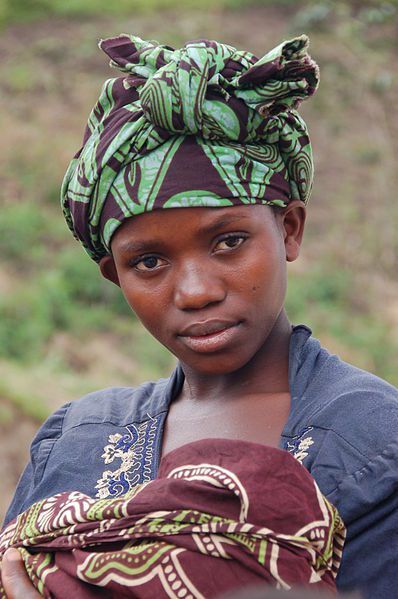 women's rights have to be keep.

Women’s rights are violated in our societies, country, and the world at large. Women’s rights include the right to education, to vote, equal wage, to own property.  Right to live free from violence and discrimination; to enjoy the highest attainable standard of physical and mental health

Many women suffer in silence with no one to talk to or run to. Women’s and girls’ rights are violated in different forms. For example domestic violence, sexual assault and harassment, child early and forced marriage, sex trafficking.

In Uganda, it’s written clearly in the constitution articles 21 and 32 I quote “All persons are equal before and under the law in all spheres of political, economic, social and cultural life and every other respect and shall enjoy equal protection of the law.”

Women have the same rights as those of men to own property. Widows in Uganda have a right to inherit the deceased spouse’s property. And the right to look after the children when the husband dies. The man’s in-laws take everything away from the widow and the law is undermined.

The constitution still burns laws, customs, and traditions that treat women unfairly and deny women the same opportunities as men. But the rights have been overlooked by the people who think that they’re above the law. And those who have to enforce the law.

So much is still going on although the laws are created. As some people pretend not to know that laws exist in the setting. Discussed below are ways in which women’s rights are violated.

What women go through.

Women face a lot of inequalities at the places of work that is to say; wage or salary discrimination, sexual harassment by the bosses to get a job is also a problem. The long working hours are given to women like those of their male counterparts. And yet they have to go back home and do domestic work. This limits the girl and woman to work in the profession she is in hence limiting her working ability.

In addition, it’s hard for a woman to get a decent job and social protection. Some jobs don’t respect the human rights and rights of workers at the workplace. And there is no social protection in terms of social insurance. For example, health insurance, funeral societies, and retrenchment packages are not provided to women.

Trafficking women for purpose of sexual exploitation is on rapid growth in Uganda. Many women are being transported to other countries or even within and no one will care. The police of Uganda says that around 50 girls are trafficked every day and undetected. And it receives 70 cases monthly those that are detected.

Up to today many girls remain home and don’t go to school their parents say they don’t have money. Plus the belief that girls are only met to get married so it is useless to educate a girl. So girls are supposed to stay home and do domestic work as the boys go to school. It’s a child’s right to have quality education according to the Uganda constitution but this is not honored. This has limited the girl’s potential to rise and be a successful person in the future.

The forcing of girls into marriage is on the rise especially now that covid-19 broke out.

Where schools are closed and children were left to stay home leaving in communities that have hungry men. Leaving with parents who see more value in money than the children they gave birth to. Uganda is ranked 16th in the world with the highest child marriages. This limits the girl’s ability to study and become something in the future.  She is affected with HIV/AIDS or even chances are high that she may die while giving birth.

The limited access to land and productive resources by women is also a sign of violation of rights. Culture and its beliefs are still holding up the society and the country at large. Not involved in decision-making nor do they own land. But they just have to go with what the man says and does without then refusing or objecting.  This has limited women’s ability to suggest the right ideas that would help in the development of the family, community, and also the country at large.

Under the Employment (Amendment) Bill the employers were instructed to put in place measures to prevent sexual harassment in the workplace and to prohibit abuse, harassment, or violence against employees.

Care for unpaid domestic workers was their work is now recognized as formal so they have to be paid and protected from abuse. The bill also protects employees across the board for example the women employed in small, informal businesses.

The new law now recognizes both boys and girls entitled to the inheritance of the property of their deceased parent.

So many NGOs have come up as advocates for women’s rights and have created empowerment programs to let up women into creating employment to improve their standards of leaving.

Volunteers have also come up to help women in rule areas to change the way they see things in the world. These carry out community outreaches where they donate and sponsor girl child education.

In a nutshell, women’s rights should be promoted by everyone in the community. It should not be left for leaders but everyone has a right to be an advocate of another person. And this will help to stop those who violate them. Strict laws should also be formed, passed and those found violating them or breaking them should be punished under the law.