CHARITIES FOR ORPHANS IN AFRICA 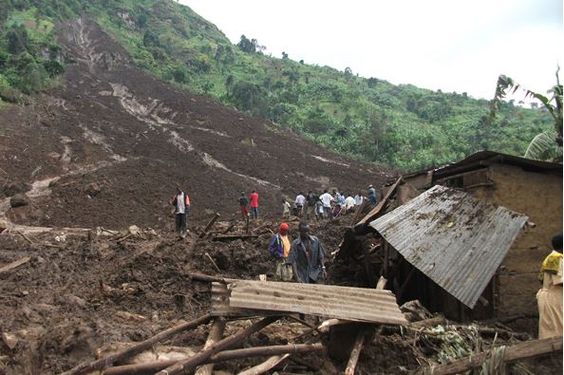 Climate change refers to the shifts in temperatures and weather patterns. These changes used to be natural but human activities have been the main drivers of climate change. The burning of fossil fuels, cutting down forests, and farming livestock. These add on enormous amounts of greenhouse gases to those naturally occurring in the atmosphere.

Uganda is known for its equatorial climate that provides plentiful sunshine, moderated by the relatively high altitude in most areas of the country. Daytime temperatures average about eight to ten degrees warmer than nighttime temperatures in the Lake Victoria region. Temperatures are generally about fourteen degrees lower in the southwest. Uganda has two wet seasons and two dry seasons.

Climate change in Uganda has reached a worrying state.

As the wetlands are being destroyed to plant rice, for example, the Lwera wetland on Masaka highway. And the same goes Mpologoma wetland in Sub-Regions of Busoga and Buki.

To provide land for the plantation of sugarcane, forests are being cut. For example, Bugoma in Hoima and Lutoboka Forest Reserve in Kalangala District have been depleted. All those have contributed to the climate changes in Uganda.

The government of Uganda has continued to issue permits for investors to practice farming establish factories in wetlands and clearance of forests. Can we now say that the government is not aware? Authorities are looking on doing nothing.

Causes of climate change in Uganda

Forests absorb all the carbon dioxide that humanity has put into the atmosphere. The production of charcoal has increased deforestation. This leads to an increase in the greenhouse gasses in the atmosphere. The cutting down of trees from the forests is exposing the country to climate change.

The increased demand for meat has led to an intensive agriculture of animals. The cows and sheep produce large amounts of methane when they digest their food and this adds up to the greenhouse effect on the earth.

The use of fertilizers containing nitrogen due to intensive farming quickly exhausts the naturally occurring nutrients in the soil. So farmers have to use fertilizers to boost their agricultural output. The nitrous oxide emissions increase the warming effect on the earth’s atmosphere. 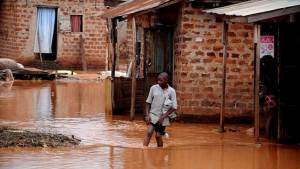 The effects of climate change in Uganda are visible to everyone.

The increased landslides in some parts of the country for example Mbale, Bundibugyo, and Bududa. These landslides are due to heavy rains that go for up to 4 days causing floods that destroy crops, houses, and health centers. This leaves them with nothing to eat, homeless with nowhere to leave. The outbreak of waterborne diseases such as cholera, dysentery, hepatitis, malaria, and typhoid has affected households. This is due to the lack of safe water and facilities for the safe disposal of human wastes. Since landslides have affected common water sources and sanitation infrastructures.

Amidst the COVID-19 pandemic in 2020, floods in the Kasese district leftover 1,000 people homeless, properties destroyed and over 100 households displaced. This was due to the burst of banks of rivers Nyamwamba, Mubuku, and Nyamugasani. This left more people vulnerable to COVID-19 exposure due to overcrowding in emergency temporary shelters.

Climate change has led to increased food insecurity and drought, soil erosion and land degradation; and a shift in the productivity of agricultural and natural resources. This puts Uganda at risk of having a limited food supply to the people.

Impacts on the economy.

So investment to address climate change is worth undertaking. It’s likely to impact macroeconomic stability and socio-economic development. The key production sectors most affected by climate change are agriculture, water, energy, and transport. This led to the migration of people to urban areas leading to the development of slums.

The government of Uganda should invest more in clean energy for example solar energy that is sustainable to reduce greenhouse gases in the atmosphere.

More funding should be allocated to strengthen enforcement on those practicing deforestation and farming in the forest and wetlands.

In addition to the above agencies, cities, and districts have to monitor and arrest all people that engage in environmental destruction activities.

The time has come for all stakeholders to understand that the future is up to us. I call upon all people no matter the age, position, and size to join hands together to better the planet earth for the current generation and coming.  We should encourage people to plant more trees than cutting them down. Once we do this we will be able to work on the climate changes that are coming our way.