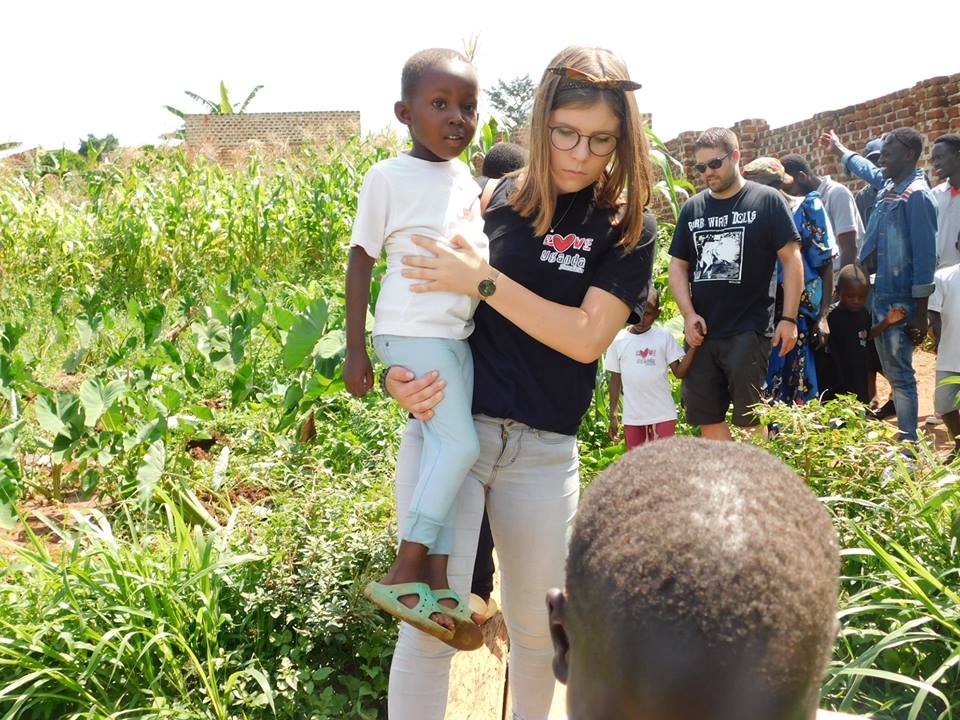 My expectation about an orphanage in Uganda and the real fact.

Since I was a little girl I dreamed about going to Africa and help the needy children there. When I grew older my desire became stronger. At only 17 years I started the research for the best project and organization to take me to an orphanage.

All I imagined was staying at an Orphanage near Kampala, with some lovely kids, hoping that they would accept me even if I am white and speak a different language. All I wanted was to give them hope and surround them with happiness and love, and giving them the feeling to trust me, because sometimes, we all just need someone we trust around us.

I always kept in mind not to have so many expectations, because a delusion was the last thing that I ever wanted. I looked up to new experiences, new people, having fun with kids, Safaris and changing my mind regarding the German consume thinking.

My mind was divided: on the one hand I was so excited to get the chance to make such an experience and adventure but on the other hand I was so sad to leave my family for about three months. Being a young girl, saying good bye to my family was the hardest part of my experience.

Now in Uganda, I was overwhelmed with all the new impressions and people I got to know. (I still cannot remember every name). Very soon, driving with a taxi and boda bodas became a routine to all the important spots.

After a few days getting used to the country, my work at the Love Uganda foundation orphanage began. I was first moved by the way the children embraced me, they welcomed me with widely open arms and huge smiles. If the whole world had such lovely kids, then volunteering, donations and supporting lives would simply be something easy to take on.

With all the excitement I had, one thing that really turned me off was realizing that the orphanage didn’t have electricity, piped water, a flashing toilet or a shower, things that I was so much used to back in German. However, I processed in these new impressions and devised ways how to handle the new kind of my life for the next months. I never really thought that I would get used to the new circumstances that fast. 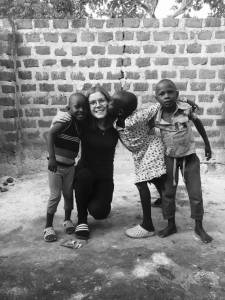 Julia with the kids at our orphanage in Kalagi

In just three days it was very normal to go to the well three times a day, fetching water to cook, wash, drink and shower. One thing I learnt is that living at an orphanage doesn’t mean a bad life, it means simplicity of life, not stressing over something you cannot have because the world cares enough to provide. I was now part of the world that cared, and I am humbled to have showered the little ones at the orphanage some good love. By the way, staying with the orphans even becomes more fun with time, the empowering songs sang together, dances performed as a team, poems cited together, everything purely done as a team.

Soon the school started again and I had to join the teaching staff, help in English, Mathematics and Science. This was another great experience that I didn’t see coming, everyone at school called me “Teacher Julie”, a title that I would love to take on forever, my passion to be a primary teacher was well shaped. And with that who can prove to me that charity in Uganda is a waste?

My weekly routine was to stay at the orphanage from Monday to Wednesday so I was also sleeping with the kids under the same roof, what better experience would I look for than this? Waking up to the little sounds of children preparing to go to school. I really spent a lot of time with them that they even started opening up to me, so I learned about their situation and their origin.

Every Thursday and Friday I had to go to Love Uganda foundation offices to do the administrative work that would still push the kids further. I tried to get some money and donation from German Organizations. I also learned a lot about digital marketing and their Safari Company; Love Uganda Safaris, so you can also support the orphanage indirectly by booking a safari with this company since 40% of the profits is given back to the orphanage.

During the weekends, it was always free time to explore the country, the culture, the food and the people. Even though it was nagging to be called “Mzungu” every time I bumped to the streets, the people were so friendly than I expected.

Even the food was so awesome. When I was in Germany I expected to eat rice and sweet potatoes all the time, but the fact is that the Ugandan kitchen offers so much more specialties.

I remember one weekend we went to Murchison falls national park, the largest park in Uganda. We had a game drive that exposed us to giraffes, lions, buffaloes, elephants, kobs, waterbucks, hyenas and so many others. A boat ride on the Victoria Nile was the first I had on the African land, and it’s one that I will never forget. I saw masses of hippos, crocodiles and sea birds flying over our heads. It was a once in a lifetime experience.

In just a few weeks after this trip, I had to go back to Germany, this was another tough moment I had to go through. Saying goodbye to the kids was harder than I ever thought, I had got so attached to my other family that I had met. For them I was a mix between their mother, their sister or a best friend with whom they can play or talk to.

My last day at the orphanage, everybody was so emotional. The kids didn’t want me to go back as I also didn’t, but studies were calling me, I had to catch up with my studies. One girl told me that I am not allowed to leave because she will cry too much. This statement made me even sadder, but I promised them to come back, because that is the best thing that can happen to me. And I will.

We are already planning to build a new orphanage, but unfortunately we don’t have enough money so I started a fundraiser. Hopefully there will be enough money to start building it soon. After the 3 months I realized that everything is better than I expected it. Even though there were some difficulties and challenges, but they cannot cover up the bigger gratitude I got from Uganda, particularly Love Uganda Foundation.

If there is anything good I would ever wish for everyone, it is definitely volunteering with Love Uganda Foundation. An experience that exposes you to the 16 young orphans they are looking after, the slum life in Kampala capital city, lovely little kids in schools, charity in the communities plus so many other activities that empower the next generation.